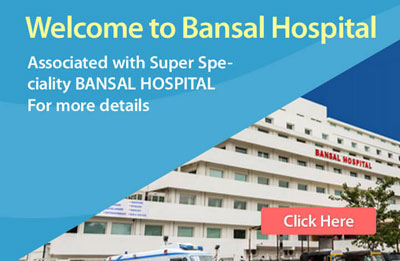 The city undulates on the banks of a vast lake spanning several square miles, which dominates its landscape and gives it a magnetic, mesmerizing quality difficult to resist. The tranquillity of the lake is perhaps, to a large extent, responsible for an air of almost deliberate indolence and complacency. It affects one unawares and stubbornly clings to the old fabric of a Bhopal that was a small, sleepy picturesque town, a town with lush forests and leisurely days of shikars, picnics and quiet fishing trips. Even today, despite becoming the capital of Madhya Pradesh and the consequent conflux of people due to industrialization and growth, Bhopal retains about it an almost eternal quaintness and charm.
Situated in the north-western part of Madhya Pradesh along the slopes of a sandstone ridge, the city of Bhopal was built by King Bhoj in the 11th century. The region remained the part of the Mughal Empire until the death of Aurangzeb in 1707. It was ruled by the Begums of the royal family for almost a hundred years. In 1926 Nawab Hamidullah, son of the third Begum, Nawab Sultan Jahan, ascended the throne. It was under him that Bhopal acceded to India in 1947.
Bhopal is quite hot during summers. The monsoons arrive here during the month of July-September. The winters are quite cool and pleasant and are the best time to visit the city.

A trip around the walled city makes you feel the glamour of the lives led by the Nawabs and Begums. The mosques and the temples evoke the archaeological curiosity of the onlookers. The museums in the city bring alive its history while the two scenic lakes make ideal picnic spots. Some of the interesting spots to visit around the town are the Laxmi Narayan Temple, Moti Masjid, Taj-ul Masjid, Shaukat Mahal, Sadar Manzil and Upper and Lower Lakes.

Bhopal offers some excellent spots for daylong excursions. The paintings in the Bhimbetka caves belonging to the Neolithic age depict the life of the pre-historic cave dwellers. Sanchi presents the Buddhist works of art dating back to the third century BC. A trip to Pachmarhi located in the Satpura hills is a fascinating experience. Udaygiri and Bhojpur are other interesting places to visit around Bhopal. 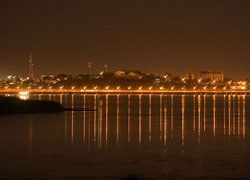 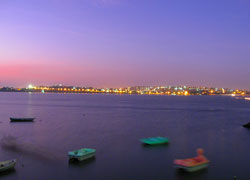 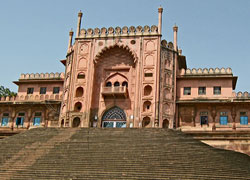 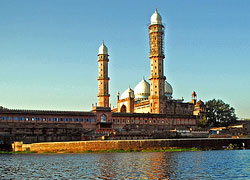 Places to visit in the city Bhopal

LAXMI NARAYAN TEMPLE - Bhopal
Also known as the Birla Mandir, the Lakshmi Narayan Temple is situated to the south of the Lower Lake on the Arera Hills. Near the temple is located a museum that houses a collection of sculptures from Raisen, Sehore, Mandsaur and Shahdol districts of Madhya Pradesh. The stone sculptures are mainly of Shiva, Vishnu, and their respective consorts and incarnations.

MOTI MASJID - Bhopal
Built by Qudsia Begum/’s daughter Sikander Jahan Begum in 1860, the Moti Masjid is similar in style to Delhi/’s Jama Masjid. The mosque is smaller in size and has two dark red minarets crowned by golden spikes.

TAJ-UL MASJID - Bhopal
Taj-ul Masjid is one of the largest mosques in India. The construction of this mosque was started by Shah Jahan Begum during her reign (1868–1901) but it was never completed in her lifetime. It was only with the intervention of the government of India in 1971 that the construction of the mosque was completed. Today, this huge pink mosque with two massive white-domed minarets is used as a madarsa (religious school). A three-day annual Ijtima congregation held here draws a lot of people from all over the country.

SHAUKAT MAHAL - Bhopal
In the heart of the walled city, at the entrance to the Chowk area lies Shaukat Mahal. The building evokes archaeological interest as it is set in different European styles thereby setting it apart from the predominantly Islamic architecture of the area.

SADAR MANZIL - Bhopal
Near the Shaukat Mahal lies the elegant Sadar Manzil. It is supposed to be the hall of public audience of the former rulers of Bhopal

UPPER AND LOWER LAKES - Bhopal
Covering an area of about 6 sq. km, the Upper lake is separated from the Lower Lake by an over bridge. You can hire motorboats for exciting trips on the Upper Lake. Adjacent to the Lake is the zoo called Van Vihar, where you can have a look at the tiger, leopard, lion and bear among other animals. Near the Lower Lake, you can visit an aquarium. The fish-shaped aquarium houses a number of fascinating species of fish.